By clicking “Accept All Cookies”, you agree to the storing of cookies on your device to enhance site navigation, analyze site usage, and assist in our marketing efforts. View our Privacy Policy for more information.
PreferencesDenyAccept
Call Us: 022 069 7534
Email: info@affordablejewellerysupplies.co.nz

How to Make a Men's Bracelet

It’s Father’s Day this weekend so I decided to make a bracelet for my husband.  This is such a simple one that the kids could make for their dads.  It uses black lava beads and some Tibetan silver components as well as a magnetic clasp.

To make this bracelet you will need:

*You can adjust the length of this bracelet to fit by adding or removing some of the beads close to the clasp.  I made one at with a total of 11 lava beads and then I made another one with a total of 9 lava beads. Just adjust it to fit.

Place one of the crimp beads on the mat and ‘fish’ it up with the end of the Tiger Tail.

Squeeze the crimp bead with your chain nose pliers until it’s flat.

Place one of the crimp covers over the crimp bead and gently squeeze it closed.

Trim the end of the Tiger Tail to approximate 1cm.

Step 2 – Thread on the Beads

Using the layout diagram below, thread on the beads and the tube.  If you are making your bracelet with 11 beads, add 4 of the lava beads and rondelles at the beginning and end instead of the 3 shown in the diagram.

Add the crimp bead and clasp in the same manner as you did in step 1. This time you will need to ensure that there are no spaces between the beads and thread the Tiger Tail back down through the first two beads before you crimp it. Trim off the end of the Tiger Tail and wiggle the beads around so that the end goes inside the next bead.

That’s all there is to this bracelet.  As I said, it’s quite simple.  The most challenging part was adding the crimp covers and you could leave this out if you wanted to. 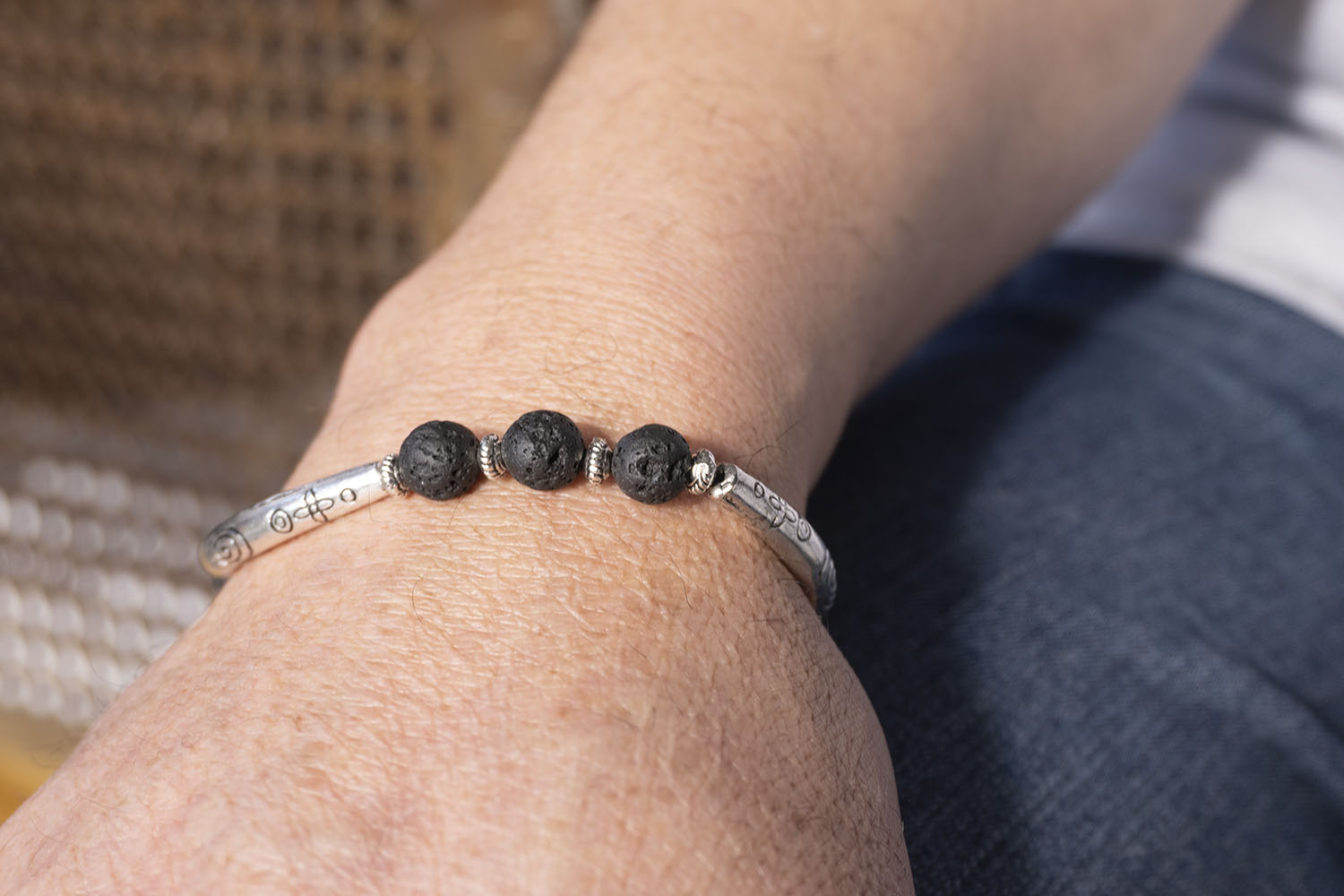